A downloadable game for Windows

Top-down, bullet-hell-ish shooter where each of your weapons has it's own health bar, level, and abilities.

The controls are shown in the tutorial.  If you didn't get what you needed from that or you just rushed through the tutorial (you can also skip it if you press escape and just return back to the main menu) then there's a controls section in the pause menu that should tell you enough to play.

BUG NOTE: There's a bug that might teleport you outside the play area.  It's fairly rare, but if it does happen just press BACKSPACE+N to toggle wall collisions / noclip.  THIS SHOULD HAVE BEEN FIXED.  I'm keeping this block here in case the problem isn't completely solved.

This project has been abandoned for now.  I need some time to work on other projects.

Unzip the file and run the executable to get started.

Hey there Rifyrus.  I'm glad you liked it.  What would you like to see in terms of detail?  What area of the game currently is lacking the most detail?

The only issue I have is some lines appearing horizontally, it dosen't seem screen tearing.

Hope you flesh out more levels and new variety of area because the core gameplay is so good. Haven't dipped into the upgrades too much but there seem to be a lot of customization :D

Thanks dawg!  The lines are a visual effect that I put in.  I'll probably remove them in the next patch, since they're mostly a holdover from old plans I had with the design which have since been scrapped.

As for making new levels I'm not quite sure how long it'll be till that happens.  I'm working on opimization improvements at the moment and after that I planned on getting the writing done for the project.  Might squeeze in a new level with some new baddies though, don't know yet.

Tell me how the second level goes.  Just about every playtester seems to like that one better than the first.

some moments were really tense beacause I had 2 weapon broken and low on ammo and had to resort on sword and pistol(you gave normal pistol a way to shine! love the skills kunai and hologram) a bit reminiscent of RE4 ammo management, the whole weapon sistem is really creative, I love it.I wonder how nice would be in roguelike or open world would be supercool even not easy to balance.

But let's not get over myself, truly enjoyed it and wait for more levels :D 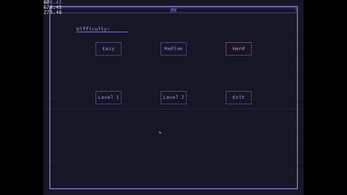 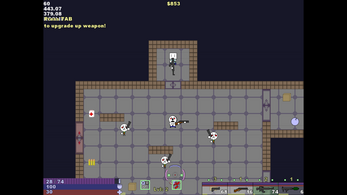 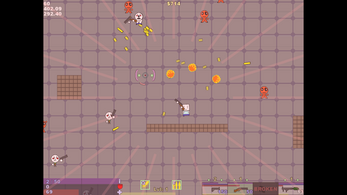 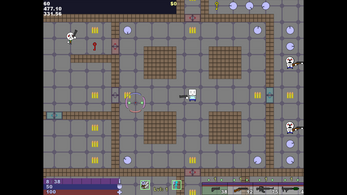 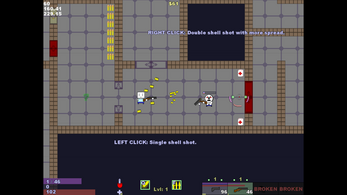 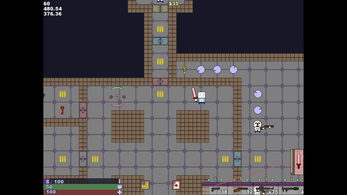